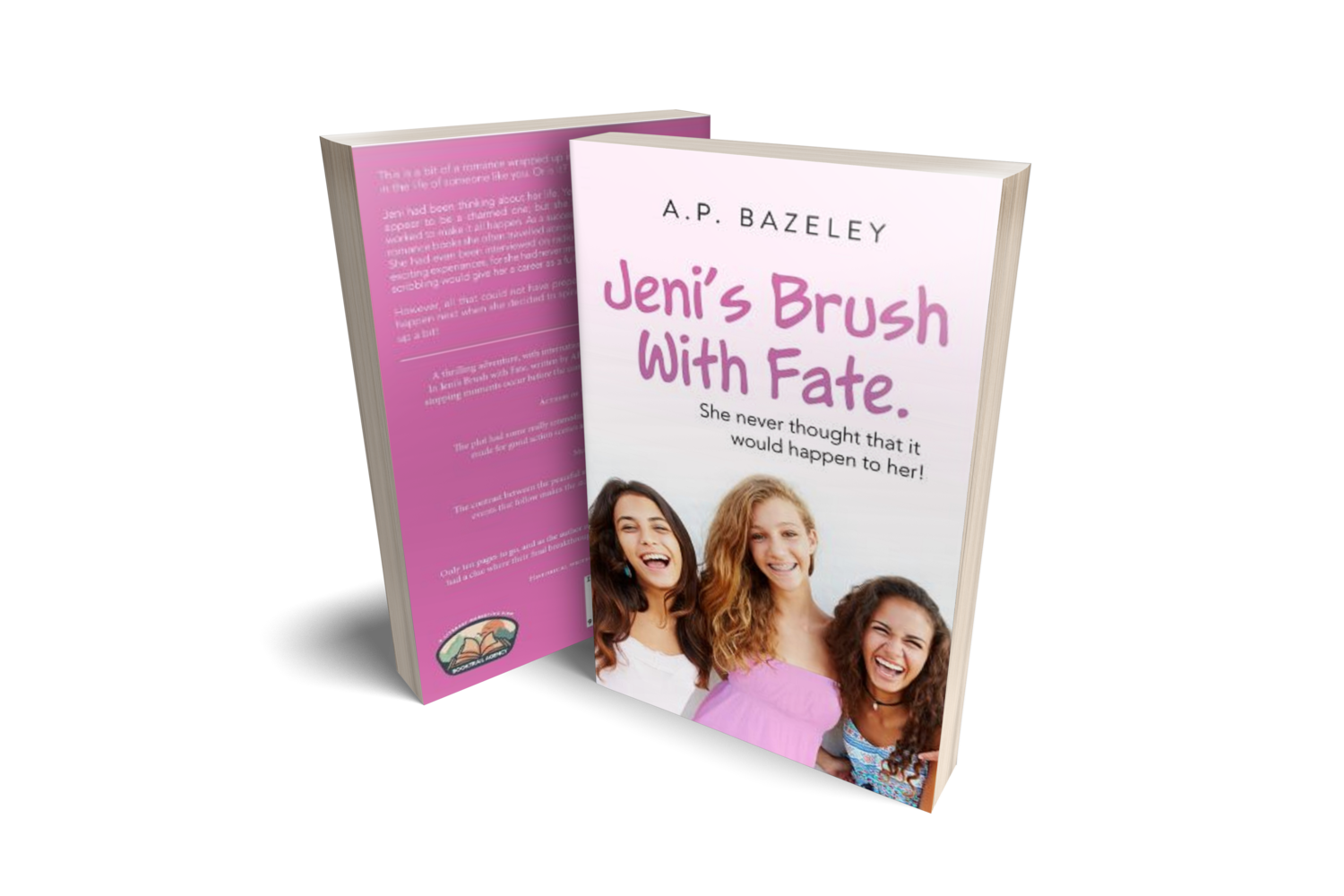 Jeni had been thinking about her life. Yes, to some her life would appear to be a charmed one; but she knew how hard she had worked to make it all happen. As a successful author of best-selling romance books she often traveled abroad to do promotional tours. She had even been interviewed on radio and television. Scary but exciting experiences, for she had never imagined that her childhood scribbling would give her a career as a full-time writer.

However, all that could not have prepared her for what was to happen next when she decided to spice her friend Jo's love life up a bit!

What can I say? I must be a mad woman to spend time writing when I could be outdoors enjoying the sunshine. However, what little free time I do get after fulfilling my role as wife, mother and grandmother seems to be spent scribbling. At least it keeps me out of mischief! After spending a career working with children of various ages and abilities. A short week often lasting longer than the national average; I was eager to have more hours to spend as I chose. When I did get them however, they soon got filled and so it has taken me far longer than I thought to achieve my childhood dream of holding a book that I had written myself in my own two hands. It's not even the academic tome others may have expected. Perhaps I'll get round to that next! In the meantime, I hope that it gives you, kind readers; an enjoyable time away from your busy lives.

Save this product for later
Display prices in: USD