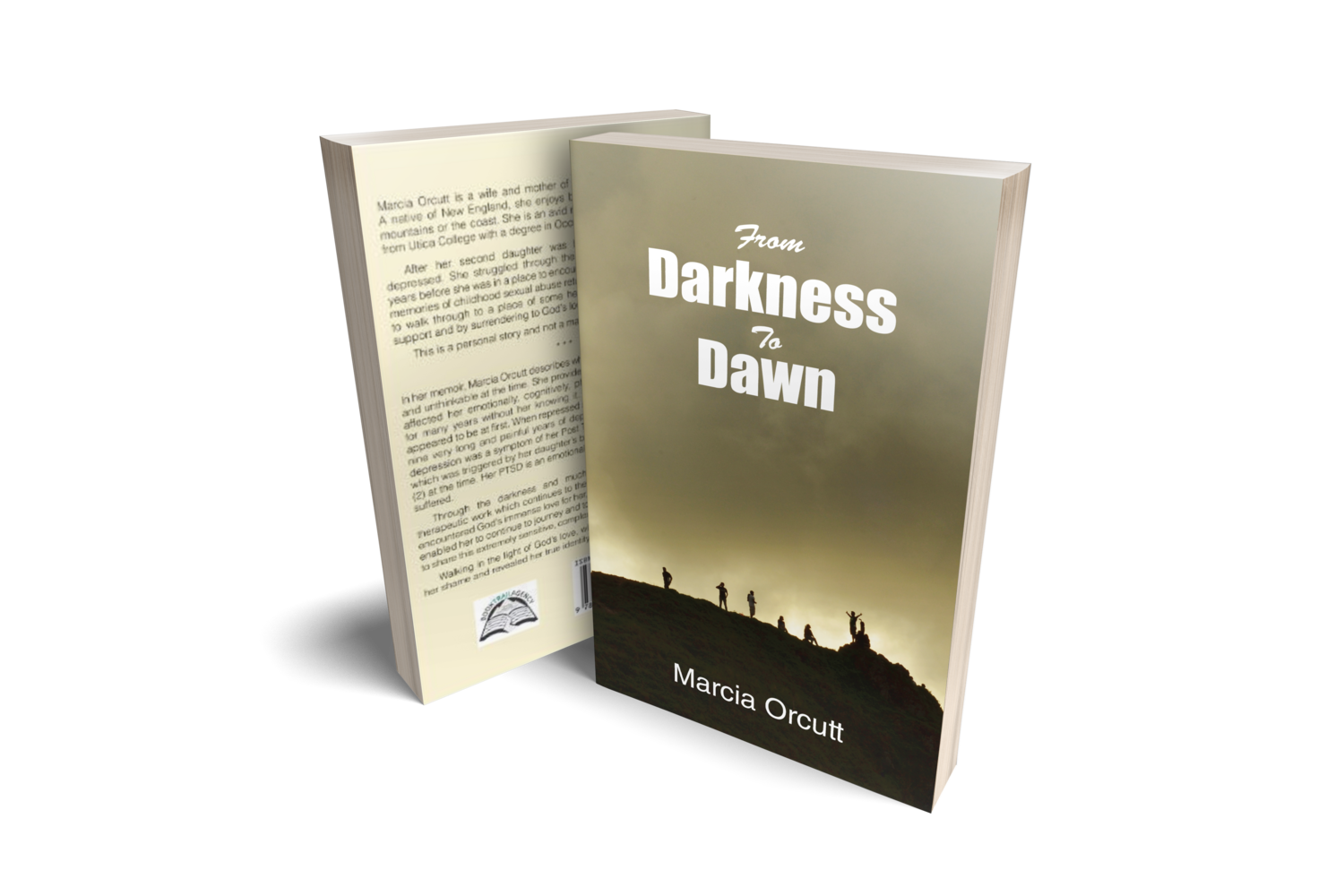 From Darkness to Dawn

n her memoir, Marcia Orcutt describes what was unspeakable, unbearable, and unthinkable at the time. She provides a glimpse of how sexual abuse affected her emotionally, cognitively, physically, socially, and spiritually for many years without her knowing it. Her depression was not what it appeared to be at first. When repressed memories of abuse returned after nine very long and painful years of depression, her healing began. Her depression was a symptom of her Post Traumatic Stress Disorder (PTSD) which was triggered by her daughter's birth and her older daughter's age (2) at the time. Her PTSD is an emotional illness caused by the abuse she suffered.

Through the darkness and much continuing and often painful therapeutic work which continues to the present (2019), Marcia has also encountered God's immense love for her, which is
The Truth. This Truth has enabled her to continue to journey and to heal. God gives her the courage to share this extremely sensitive, complex, dark, but real, issue with others.

Walking in the light of God's love, with others who care, has unveiled her shame and revealed her true identity as a child of God

Marcia Orcutt is a wife and mother of two daughters in their twenties. A native of New England, she enjoys being outdoors especially by the mountains or the coast. She is an avid reader and writer. She graduated from Utica College with a degree in Occupational Therapy. After her second daughter was born, Marcia became severely depressed. She struggled through the darkness and despair for nine years before she was in a place to encounter some stark truths - repressed memories of childhood sexual abuse returned. When they did, she began to walk through to a place of some healing and peace with continued support and by surrendering to God's love. This is a personal story and not a manual for recovery.

Save this product for later